Over the past few months, there has been a succession of changes in provisions of modern awards and the Fair Work Act relative to family and domestic violence. In this article, our aim is to provide you with a sense of how they come together and what that means in terms of your legal obligations and how to manage those.

Early this year, the Australian Institute of Health and Welfare (AIHW) released a report “Family, domestic and sexual violence in Australia 2018” which told us that: 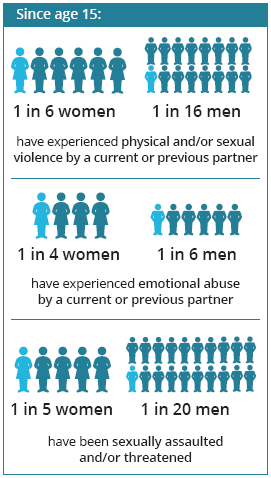 Family and domestic violence is the most significant social and welfare issue that we have in Australia and we can all do something about that.

The significance of this issue is such that the Fair Work Commission deemed it necessary to insert “Leave to deal with family and domestic violence” provisions in all modern awards. In essence, this provides an entitlement of up to 5 days of unpaid leave per annum for employees regardless of their employment status ie whether they are full-time, part-time or casual, they are entitled to the full 5 days each year.

An employee may take unpaid leave to deal with family and domestic violence if the employee:

(a) is experiencing family and domestic violence; and

(b) needs to do something to deal with the impact of the family and domestic violence and it is impractical for the employee to do that thing outside their ordinary hours of work.

That leave entitlement for award-covered employees came into effect on 1 August 2018.

Extension of entitlement to non-award employees

So effectively that means that all employees now have access to this entitlement as follows:

An employee is entitled to 5 days’ unpaid leave to deal with family and domestic violence, as follows:

(a) the leave is available in full at the start of each 12 month period of the employee’s employment; and

(b) the leave does not accumulate from year to year; and

(c) is available in full to part-time and casual employees.

So our take on that in implementation is:

We recently reported on these new rules.

Two of the categories of workers who have entitlements under these rules are:

Accordingly, we can expect that eligible employees like these might well seek both leave to deal with family and domestic violence and flexible working arrangements. Alternatively, because the leave is unpaid, people might be more likely to seek flexibility in working arrangements that allow them to maintain their income while varying their hours of work to meet their personal or family needs.

If these matters cannot be resolved at workplace level, they may well end up in the Fair Work Commission via the disputes resolution clause in a modern award or enterprise agreement.

Additionally, while these rules on flexible working arrangements technically apply only to award covered employees, it should be expected that they would be regarded as a procedural and fairness benchmark for dealing with requests from non-award employees.

Care should be taken to ensure that any workplace policies on any of the above are reviewed to reflect current minimum standards and benchmarks.

We will publish an article soon on what employers can do to genuinely and positively influence the incidence and impact of family and domestic violence and why you should be doing that. Stay tuned!